By Rebecca13th May 2021No Comments

New Sci-Fi drama Intergalactic, a Sky Original is an emotional series set in the ‘24th Century’ and casts Savannah Steyn (The Tunnel) as Ash who heads up a galaxy of stars including; Eleanor Tomlinson (Poldark), Natasha O’Keeffe (Peaky Blinders) and Craig Parkinson (Line of Duty) amongst others. 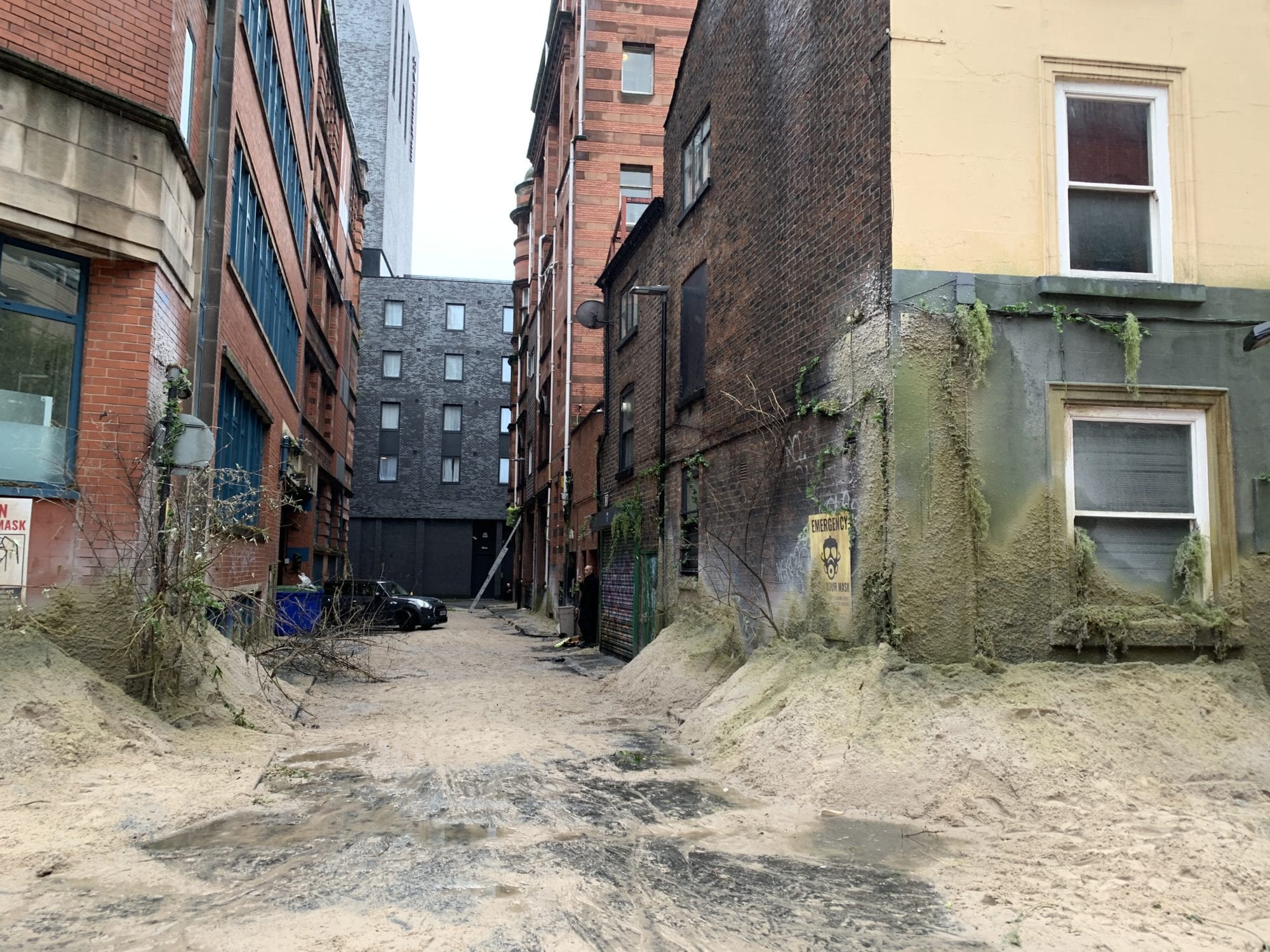 Filmed in the Northern Quarter and Space Studios in Manchester – as well as Spain – Intergalactic is set at a time in the future where Earth has drastically changed and the entire population is now governed by a global authority called the ‘Commonworld.’

The opening scenes feature an outer space set where you’ll see the creative work of Wainwright Film & Tv’s team who added greens, props (including a burnt out cars and an old school bus!), road dressing with piles of sand to create the futuristic cityscapes, ‘Evacuation Area’ and stunning sci-fi landscapes.

Photos show how we introduced plenty of foliage, colour and lots of sand to achieve this and transformed the set into an incredible galaxy.

It was out of this world for Wainwright to work in partnership with the ‘Intergalactic’ production team to bring their set vision to life with greens, props and landscape construction. From when we first arrived on set at Space Studios we felt part of the team and safety was our top priority whilst working on such a large-scale project.

We also helped facilitate the smooth running at various Manchester locations with minimal disruption to the Northern Quarter and The Ashley Estate in Cheshire.

Intergalactic was one of our biggest filming jobs in 2019 and we loved every minute of it.

If you have a similar big project in mind, Wainwright’s offer competitive pricing for Film & TV production teams looking for greens and props, landscape production, road dressing and supplies. Contact the team on 07966 490951 for a free consultation and we’ll work with you to meet your brief for large or small scale sets.

To view the latest projects we’ve been working on, click here.